It’s been about six years since a doctor told me to get this tiny lump on my thyroid checked out… a goiter, I guess I’m supposed to say. I don’t use that word very often because it’s about the ugliest word on the planet. As ugly as itself. I think of that Seinfeld episode where the lady’s (g-word) was so repulsive Elaine literally couldn’t look at her.

Over the years, It’s transformed into an actual presence in our home. From a barely being acknowledged thing, to practically having its own seat at the table. From whispering to me, to bellowing at me in photos.

When it was first diagnosed, I thought it had to do with my malnourished diet of coffee and Cliff bars for a couple years while I built my business. So I started eating better and expected to see a change.

I read somewhere that throat illnesses are often manifest from issues with not speaking up; or shutting down your own voice in some way. And about three years ago, I learned on a TED talk, the way I held one arm tucked into my torso, with the hand of my other arm clasped around my throat was the most insecure posture a person could hold. So I have scrupulously sought ways to express who God made me to be through written word and speaking; and unlearning shame and resentment. And I expected to see changes.

I’ve been to two naturopaths, a DO, an endocrinologist, a pathologist and consulted many experts through web sites and book authors. On many occasions, I’ve had blood drawn for every known thyroid test. I’ve spit into a vial for evaluations of cortisol, testosterone and sundry other hormones; I watched an intimidating needle aspirate pink fluid for a biopsy; I laid silently in the head-tilt position reminiscent of a CPR victim on many occasions for ultrasounds. And I expected to get help to make changes.

Well… I guess…change has happened… just not in the right direction.

Recently my husband and I started a plant based diet, and a product called Juice Plus (which is fruits and vegetable in a capsule) because I’m done being passé with my “first brain,” the GI tract, and its inevitable relationship to my overall health, including my desperate thyroid. And, about a month ago, upon the request of my new functional medicine doctor, I carefully scraped a few samples of my feces into a tiny vial for the lab techs at Diagnostic Solutions to perform a DNA Stool Analysis.

Today, I got those results back. The good news is, if I was not a person who is so diligent about healthy lifestyle choices, I could be seriously suffering. The bad news is, my digestive system is a mess. A real mess.

So, in two weeks I’ll be starting an aggressive supplement regimen that is aimed at eliminating the bad stuff and balancing the good stuff. Finally some hope for a positive change, and I’m excited to get started.

I’m a little nervous about coming out with a goiter because I seriously do not want this ugly thing to be a conversation starter. But it’s important because I believe in a body’s ability to heal itself when given what it needs, and I want you to believe it too. 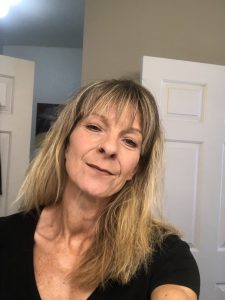 3 thoughts on “I’m Coming Out”